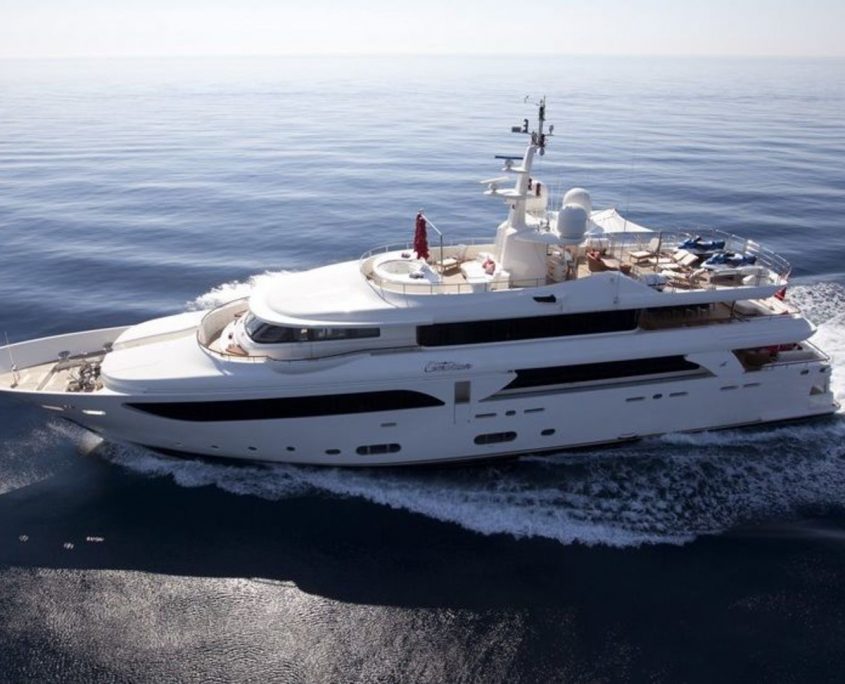 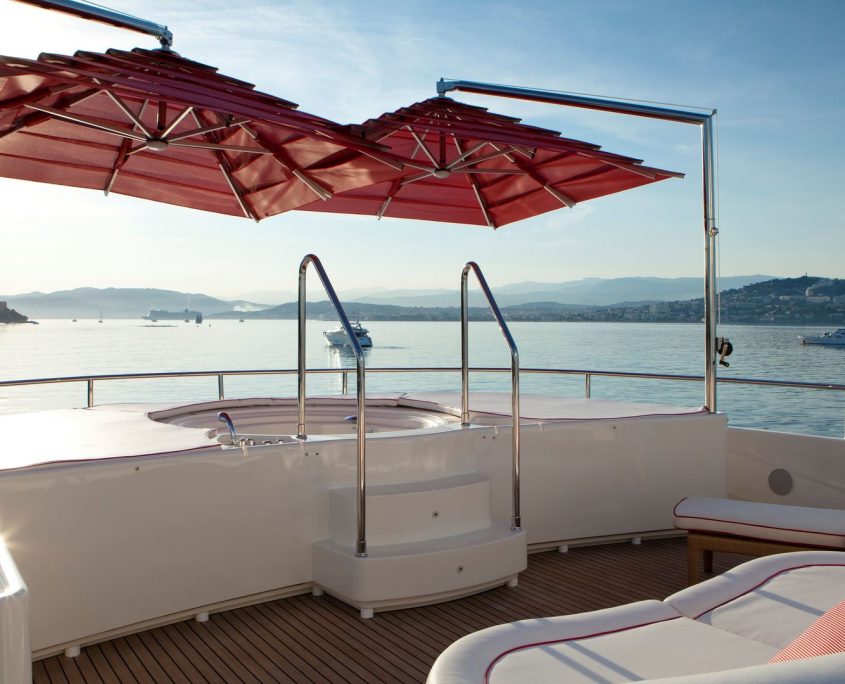 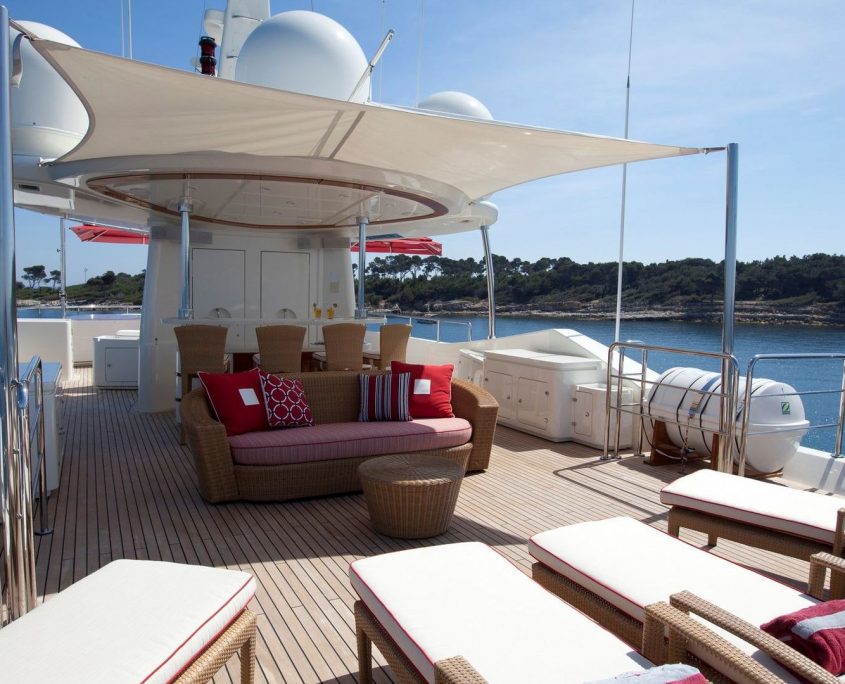 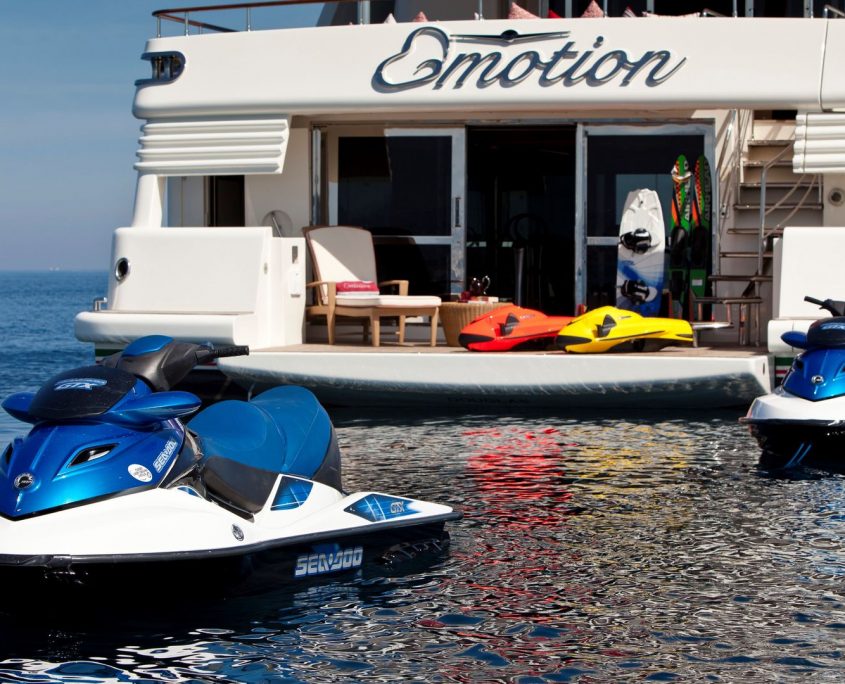 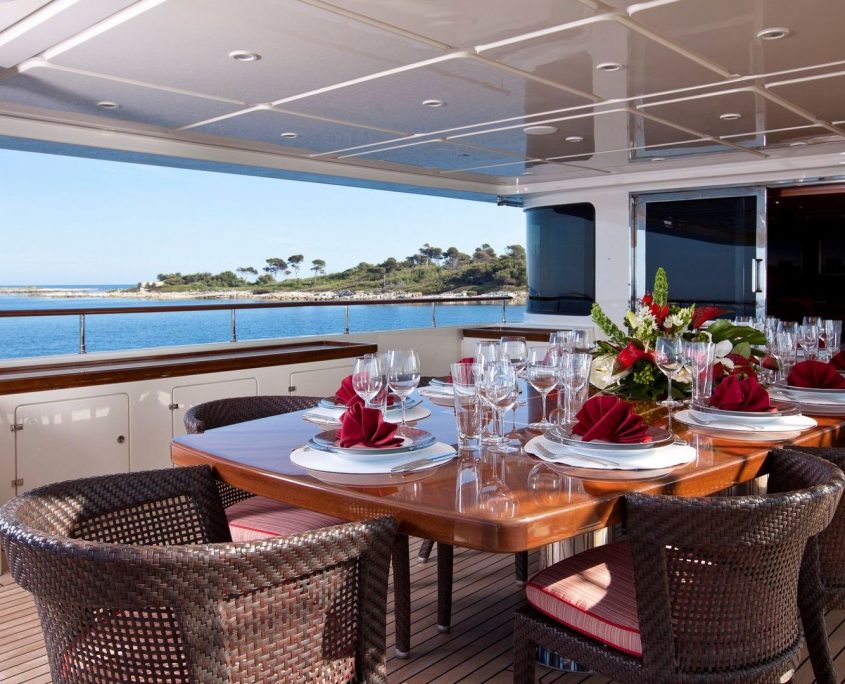 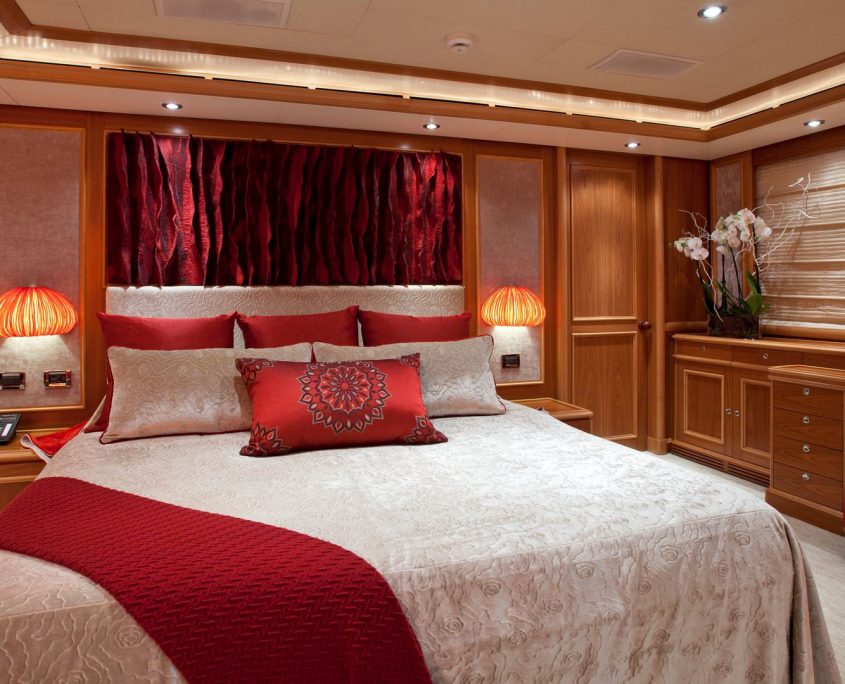 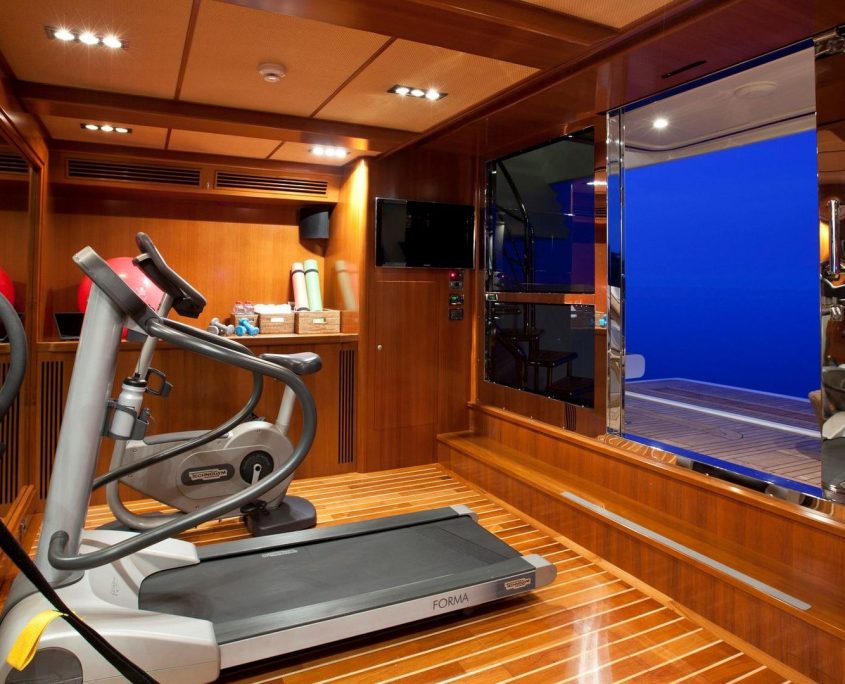 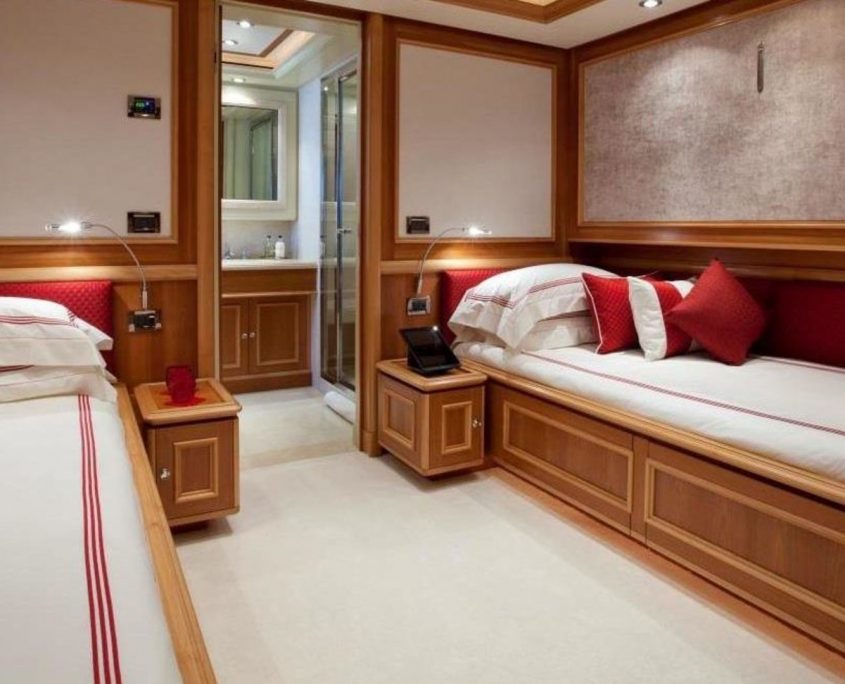 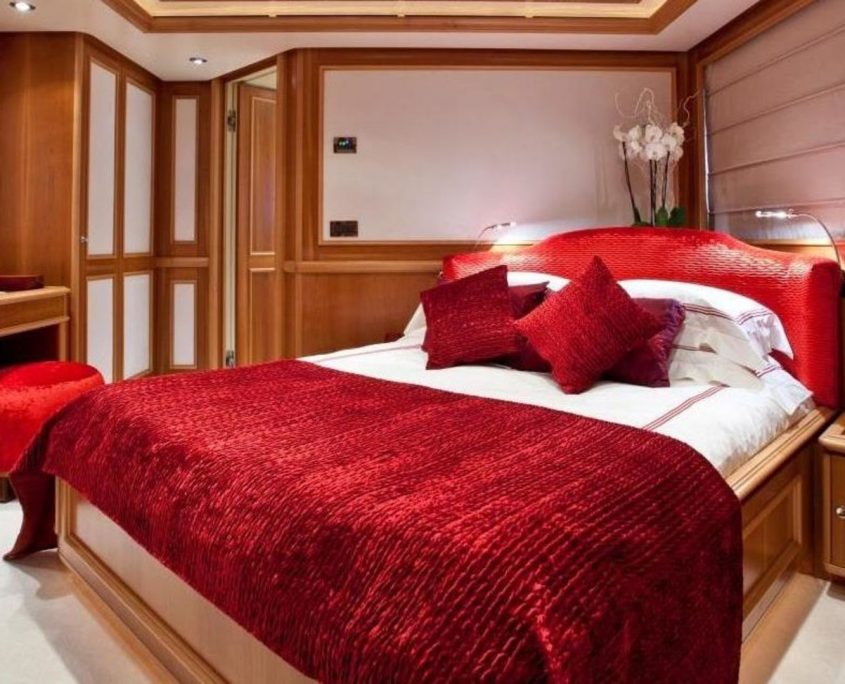 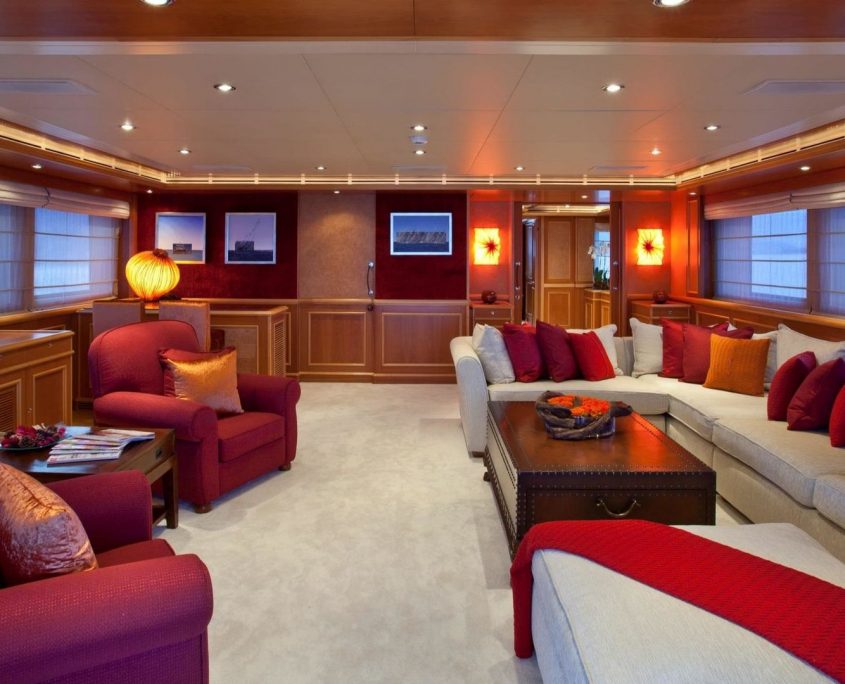 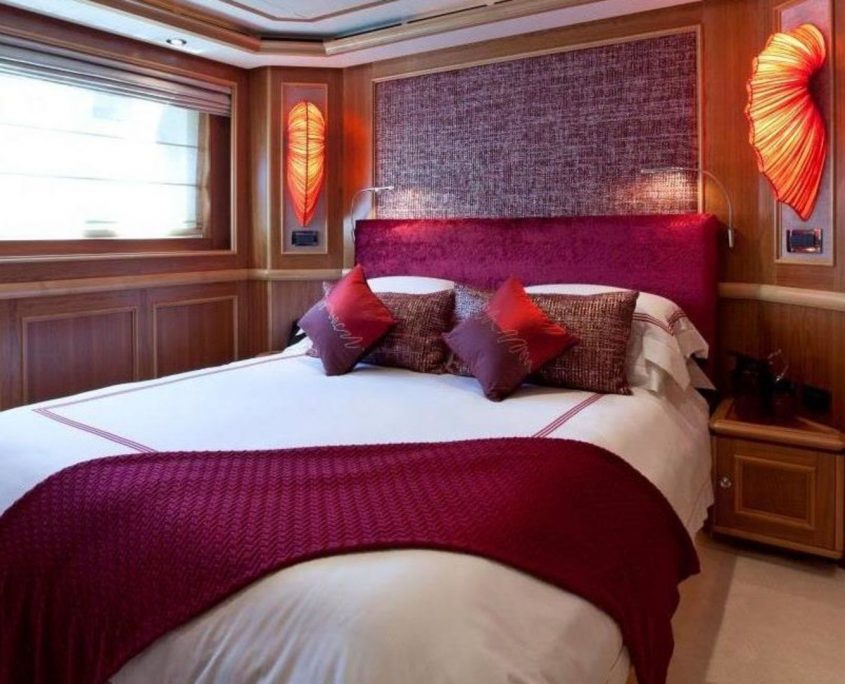 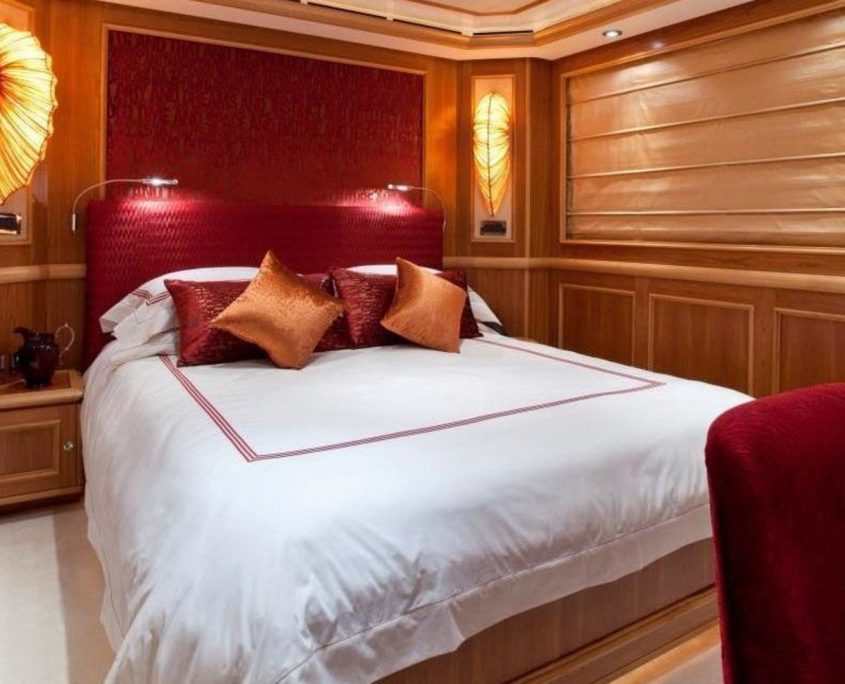 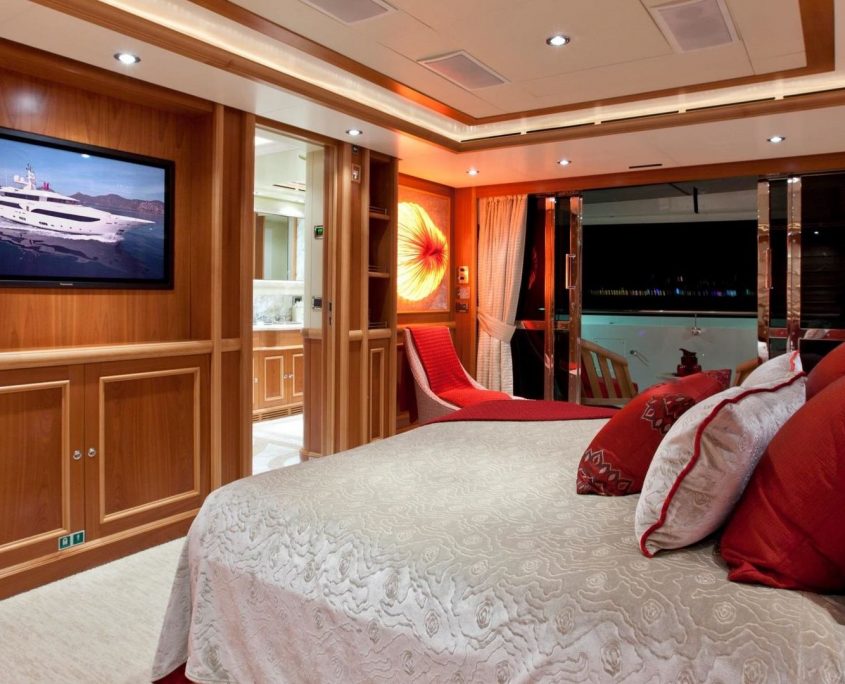 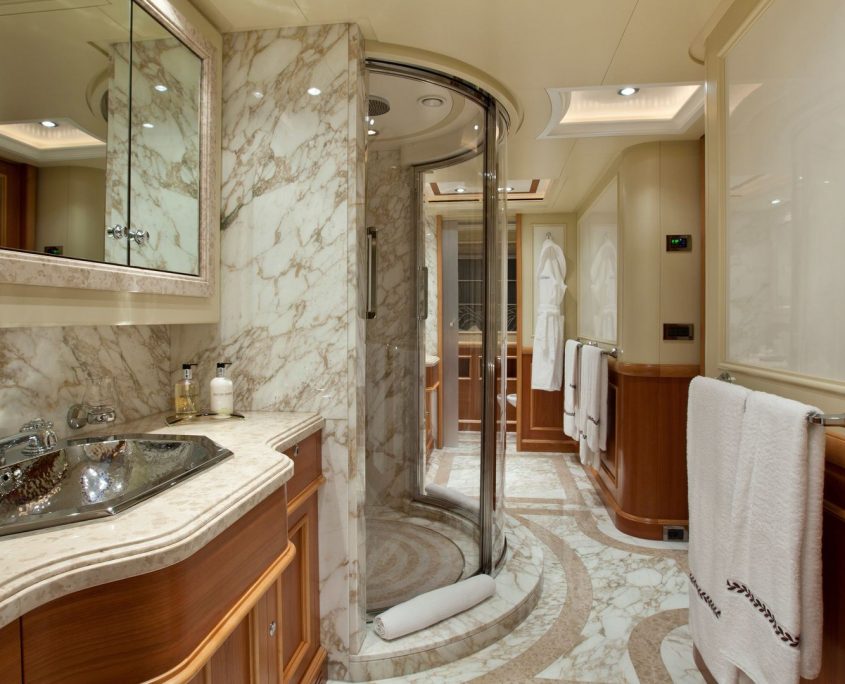 Guest Accommodation:
Privacy is a luxury – the owner’s suite features a private balcony, his and hers marble bathroom with huge walk-in closet and private study.
There are two VIP cabins, one double and one twin on the lower deck.
There is space for 11 guests if required as there is a pullman in the twin Cabin